It's almost October and yet we're just past the peak of produce growing in our backyard. This September has had the lowest temperatures that I can remember in all of my 20+ years here in the Bay Area. Usually September is the hot and humid month, but not this year. I'm not complaining, and I love the fog. Just wondering what our garden bounty would have been if we had had higher temperatures. This is the first year I tried to grow strawberries. I purchased two small strawberr

What a great project!

This is one of the beautiful, larger than life murals by Brooklyn based-artist George Boorujy in Washington Heights, Manhattan, New York. The mural project's purpose is bring the message of climate change's impact on the declining population of many bird species: https://www.audubon.org/news/the-audubon-mural-project-paints-milestone-100-species I wish I was there to see these striking murals.

If you're in the Bay Area, you must attend!

It's always fun at Annie's parties. There is live music, all kinds of prizes, and you're surrounded by all those lovely plants.

Monarch caterpillars in the garden

We are still busy raising the last group of monarch caterpillars we brought indoors when they were just eggs on milkweed cuttings. We released this past weekend a total of four monarch butterflies, two females and two males. Meanwhile, out in the backyard there are also monarch caterpillars on the milkweed, so far I counted nine. That still is a small amount compared to the amount of eggs that were laid on the milkweed leaves. After a major aphid invasion on some of the narro

Ladybugs working hard around the patio

We had a pretty good-sized infestation of little orange aphids in the backyard, particularly on two of our larger narrow leaf milkweed plants. Yes, they are part of nature, too, but these aphids basically suck the life out of the milkweed plants. Fortunately we also have other large narrow leaf milkweed plants under mesh to protect them from aphids to maintain a good food source to feed the monarch caterpillars we have been raising indoors. And just when the aphid infestation

These days the sunsets are so dramatic. And since we live higher up in the hills we are so lucky to see this show every evening. Of course, there's the downside to this. The air quality is "moderate", not good due to particle pollution from all of the California fires. But I still enjoy witnessing the incredible beauty every evening.

This past weekend we released a record amount of seven monarchs. Two females emerged and were released on Saturday afternoon. Two more male butterflies emerged that day, but by the time they would have been ready to release there weren't enough warm, sunny hours remaining that late afternoon, so they had to wait until the next day for release. Fortunately, when the sun sets and the temperatures are a little cooler, the butterflies roost under the lid of the mesh hampers, so t

Another great event at Annie's Annuals

We released another monarch female two days ago. She eclosed around 8.30 am but wasn't ready to be released until after 2 pm. Sometimes newly emerged monarchs are moving around in their "nursery" mesh cages within two or three hours, flexing their wings, ready to go. And then there are some like this female who need more time. We like to wait at least until the new butterflies have moved from their clear chrysalis shell, from which they hang after they emerge, and start to fl 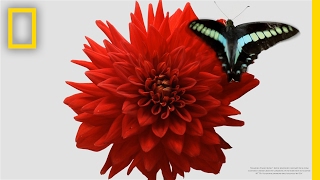 What a lovely video of flowers and insects

bees in the bay breeze

For years I have been sharing ideas, gardening tips and recipes  with family, friends and colleagues.

Read More About me

Leave the leaves for birds and insects

California poppies and asters in bloom

Native plants instead of a lawn!

One of our first Monarch caterpillars this year

Most native bees nest in the ground

Some plants that actually thrive in clay soil

Plant Natives in your Garden

Honey Bees in the birdbath